Every morning the world’s major cities see the influx of millions of people, and every evening the same cities see an exodus. This book examines the impact of movement in the city, describing urban environments not in terms of static structures such as buildings and roads, but in terms of the movement of people, cars, ideas and money. It takes a visual approach to the topic: in a series of specially commissioned projects, photographers Martyn Rose and Takashi Homma and artists Langlands & Bell and Nathan Coley explore the extraordinary breathing phenomenon. Architectural scholars such as Mark Cousins and the architecture practice Foreign Office and philosopher, Simon Glendinning, debate the possibilities which emerge. In collaboration with August, London. 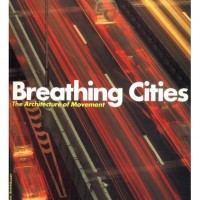